How does one start a blog, the poor apprentice wonders? What does one say? Hello?

Hello. I, the Phlox, have made a bargain with the Snottor, who you will meet sooner than you wanted to. It is this: that half of this blog shall be mine, and half his. It is a very teetering sort of bargain, as the Snottor is not a very conciliatory animal.

We shall see how it will go.

Together we have drawn up the most conciliatory plan of attack we could afford: 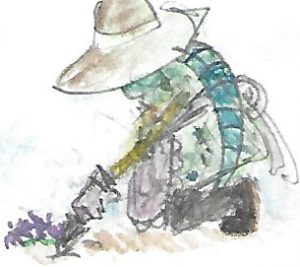 The Snottor is a gardening animal, of the sort (he fancies) that the highly esteemed Victor Hugo would approve of, seeming, at least in his writing, to be fond of passionate gardeners generally.

The Snottor is yet to be pinned down with a scientific name (he disapproves of such things) by any botanist, zoologist, microbiologist, anthropologist, biologist, ecologist, mycologist, or archaeologist (that he knows of).

He confesses to being an animal of pleasure, the main route being through listening incessantly to Mateo Messina’s “Up the Spout” from the Juno Soundtrack with glee. It really plays quite lovelily on the ears. 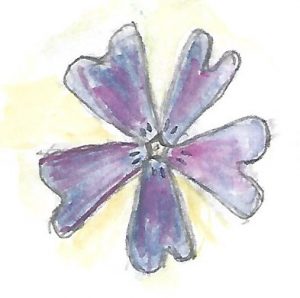 “Phlox— Any of various North American plants of the genus Phlox, having opposite leaves and a salverform corolla.”

This is the rather dry description (plagiarized from a dictionary) which the Snottor offered up. I, Phlox, however, feel the need, (perhaps in the interest of vanity), to add several things about myself.

First, that I am a young student, if that provides any illumination to the reader (and will perhaps encourage them to forgive me my faults?); second, that I am very fond of reading, writing, taking walks, and loving my puppy.

I shall also, seizing gleefully upon this moment of free space which is offered me, take the moment to blab that the Snottor may not in fact be as enigmatic as he tries to be, as there is some little known about him after all. After extensive research, I, Phlox, have come to suspect that the Snottor may have something of the Anglo Saxons in his history. I offer no more.