Did you know that there’s actually some archaeological evidence for the existence of Arthur? I think that’s pretty cool, myself—of course not the Medieval-esque Arthur or popular imagination—that setting never actually existed and is largely fantasy, established by some core retellings that were written in modern-enough English to inform most current retellings. The historical “Arthur” would have been in post-Roman-rule Britain, fighting wildly against the Anglo-Saxon invaders. This is a fun rabbit trail to go on. 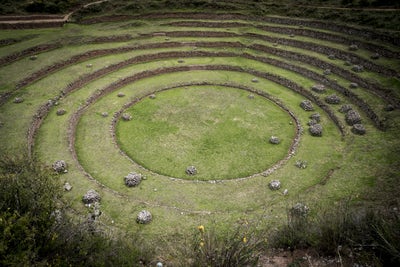 Him, him and neither one remembered exactly when it had been, what it had looked like meeting him the first time. Dear dear but he always smelled the same way and when they heard he was dead the knight sat down so hard and it didn’t make a sound, only hurt. Sat down so hard on his knees and he didn’t feel the bruises, sat down so hard because someone had to do something.

And she took a step and she tried to see the sea outside the window but afterwards she couldn’t have told you what it looked like.

Oh castle of joy. Oh castle of joy and she never prayed to the ones that watch over fruitfulness and they never gave her anything, she only prayed at the end and after all the ignoring but still never to them.

She prayed and he carried her. Walking and you’d have thought a knight would bear burdens better and so it seemed he did. And the books must have been written wrong, the pages smashed and things were never supposed to end this way. Corpses are heavier and it makes sense. Heavier because she could not lift herself up with her breath and the things in her eyes, the things in her eyes that were sometimes there for him and sometimes it was for their friend.

Sometimes things can get so mixed up.

She understood that. Understood that sometimes things can get so mixed up that there’s really nothing, nothing and she was heavy in his arms, arms he couldn’t feel.

Asleep and she had fallen asleep like the wizard and like the king and people say they were all too great for the world and the man with one flaw lay down too because that king, that king was their friend.

Like the king and why did it have to be him. Why did he, their friend the king, have to be the one.

The knight died breathing the dancing. Died but people never say any of them died.

People say they are asleep in the land. They say they can never really leave it, that place.

And the king took both their hands.

And he tried not to be sad.

They say you can’t be sad up there.

There was, terribly, in him, desire.

When he was young he had desired to serve and to see; he had fastened Kay’s armor for him, practicing alone in the stables till he’d get it right. It was desire that pulled the sword out, and it had not been for him.

There was, terribly, in him, desire. For strict codes written right, to hold himself up, unflinching. For newness and goodness. Anyone can be good and in some things it’s not as hard as you think it might be.

He liked her red hair in soft waves but he desired the eyes, light-colored laughing, like they were hiding something. He desired friendship and warmth. Peace. And love; he loved Lancelot most but Gawain too and Kay still and sometimes he still wanted to rush, to help, with the armor.

He desired lavender tea in unexpected, early morning—the only one, in the lavender sky, awake. World paused in an illusion. And he desired his ink to come easily off his pen when he wrote, and when she wore green, of any shade, he desired nothing else.

No one ever talks about desire and loneliness in connect—despair, rather than that. And, more than despairing, Arthur mostly felt lonely. Most of the time.

Lips closed, seeded by the fire in the fabric of his being it grew, unfurling, slowly. He was not always sure which came first, actually. He was always sure, quiet reading, of the lady with red hair and the knight with black, the French knight.

He was always sure he loved them, and for all his laughing—sunflowers, cornflowers—Arthur was a silent man.

Silent, a vessel, sitting. He smiled quietly, sickly, down at his hand. Tanned, light hair lacing gold-like up his wrist, closing his eyes.

And it anyone would ever have taken the char-pit and, in their arms, smelled his hair, they would’ve smelled lavender.

All in all loneliness can’t even quench it and he was still, at the end, Artur Ard Rhi.

He crushed small wild berries between his fingers and he did not cry.

Does any period of history or realm of mythology or lore captivate you? For me it’s the Celtic and Norse stuff that just inexplicably lights me on fire, for as much as I love the Classical world.