Here we are, at the end of February with part two of my biological offshoots.

New around here? Find the first part of this post here. 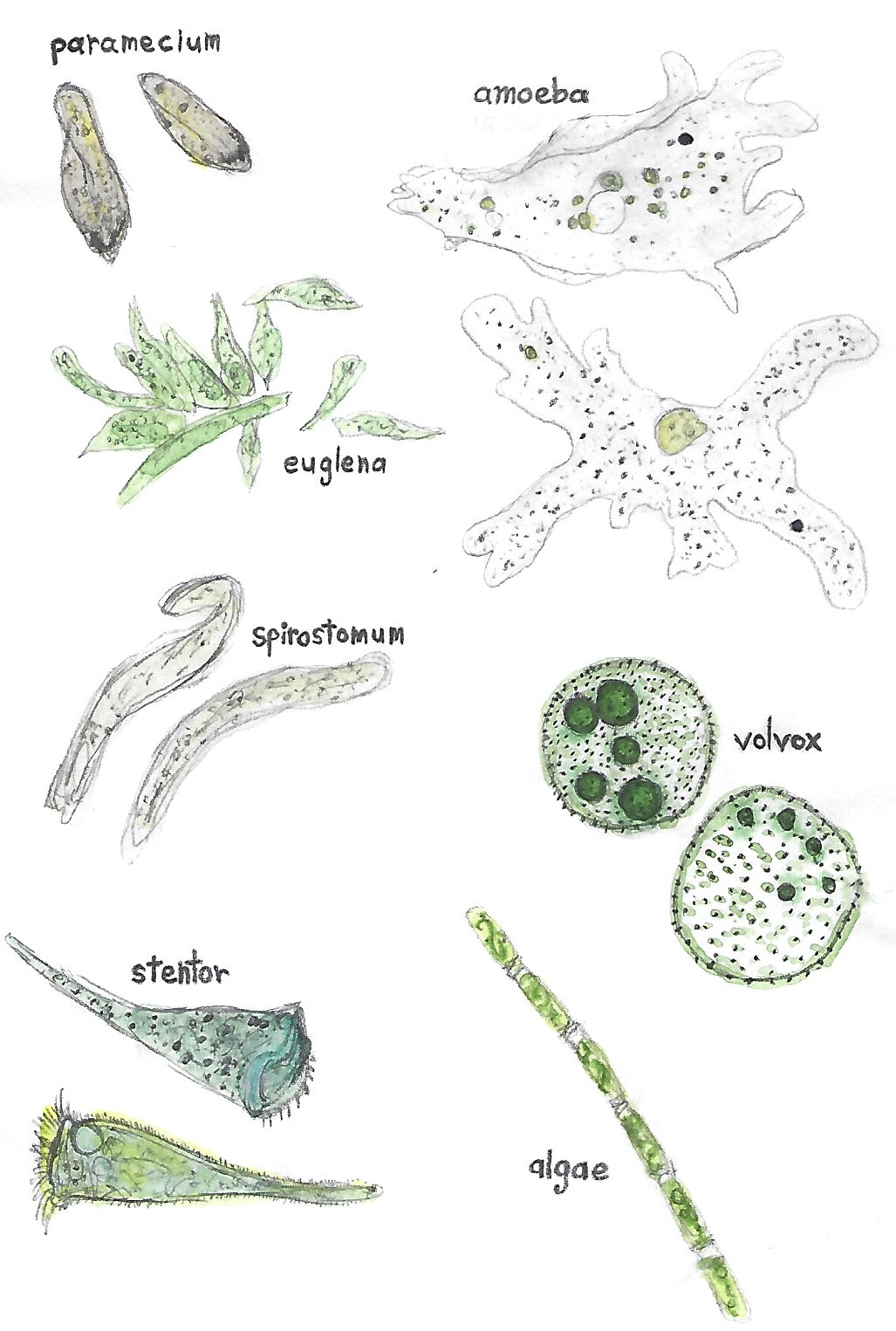 They are done in watercolor over graphite, and are labeled for the reader’s convenience.

And more poetry! Here is the tail-end of it:

The man was not very tall and equally thin, he had a head protruding rather forward from his neck. He did not have very much hair to speak of and he usually had a sort of fruity smell about him. It said vanilla-almond on the label. He moved about his business rather like a protist—not the kind that whiz and never stand still. If one were to peer through the ocular of a microscope and watch a more slow-moving creature of that kingdom, oozing along by its insides, one would get the general idea.

The man seemed to take the world as if it were never to end. As if there was always enough time. An ocular on a microscope is not the same thing as an optical illusion, although the words are similar.

The man seemed to take the world as if there would always be enough time. If you said he didn’t know what was coming for him I’d call you a fool.

Oculus is Latin for eye and an ocular is just that. You can see the creature moving but nothing else.

She sang it to air.

Always to the air, and she wore a crayon-tulip garden for a skirt

the wind promised her

that when she died it would be

I want to curl up with you

We would never break

Not even when we did.